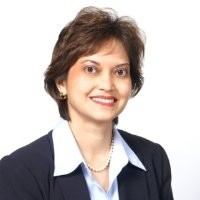 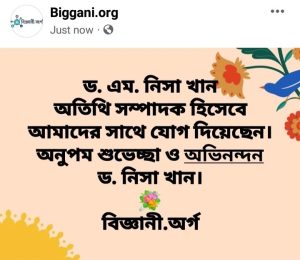 “Dr. M. Nisa Khan is the author of, “Understanding LED Illumination” (CRC Press, 2013) – a popular university textbook around the world in the field of laser and LED engineering and solid-state lighting.  She received the B.A. in physics and mathematics from Macalester College in 1986 and the M.S. and Ph.D. degrees in electrical engineering from the University of Minnesota, Minneapolis, in 1988 and 1992 respectively.  During her studies, she was a research associate for 9 years at Honeywell Solid State Research Center in Bloomington, Minnesota.  After completing her doctorate, she became a member of the technical staff at AT&T Bell Labs (now Nokia Bell Labs) in Holmdel, New Jersey, at the Crawford-Hill Photonics Research Laboratory conducting pioneering work on 40-Gb/s optoelectronic and integrated photonic devices for 6 years.  Dr. Khan then worked on optical communication subsystems at several other companies, including her own venture-backed companies in New Jersey.  She then worked as a licensed Senior Financial Advisor for American Express for 5 years.  Since 2006, she has been running an independent research and engineering company, IEM LED Lighting Technologies, developing advanced science, engineering and mathematics for optics, solid-state lighting, and wireless devices at high frequencies.  She has written over 40 peer-reviewed research articles in IEEE, OSA, and AIP journals, presented numerous invited and contributed papers at OSA, IEEE, and APS conferences, notable international conferences in Europe and China, and has 10 U.S. granted patents as either first or sole author.  Dr. Khan’s original scientific contributions can be found in ResearchGate.net that highlight her discovery of why semiconductor lasers, LEDs, and RF antennas produce directional beams and she is the first to derive the closed-form, analytic equation for near-field electromagnetic radiation distribution from finite, flat radiation sources.  This derivation along with the theory of Fourier Optics prove that LEDs, lasers, and flat RF antennas and their arrays are NOT point radiation sources no matter how far the observer is from a flat radiation source. This discovery is very notable and she explains with her new theory why high-power and high-brightness LED-based lamps – used for example as car headlamps – have tremendous glare that propagate directly into viewers’ eyes when their field of view substantially overlaps with the center optical axes of the headlight beams.  Her discoveries have been validated by experiments and finite simulations many times over and stand as the only work that can help the auto headlamp industry upgrade their photometric standards for non-point sources that produce non-uniform luminance and radiance – and adopt appropriate measurement techniques that would disqualify all current LED headlamps for having too great a luminous intensity along the optical axes of both high and low beams.  Similarly, her work can prove that current 4G and 5G wireless signals generate dangerous levels of electromagnetic radiation for cell phone users and for residents who live nearby antenna base stations.  Dr. Khan was born in Dhaka, Bangladesh and attended Viqarunnisa Noon School from 1973 through 1981.  She was elected as the Head Girl (School Captain) by the eminent school faculty in 1980.”

First publication to scientifically explain why LEDs produce glare and how to achieve low-loss, glare-free, omnidirectional illumination from LED lamps.” 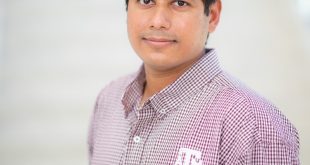 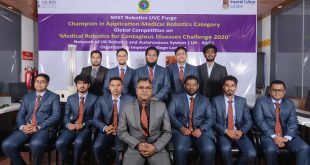 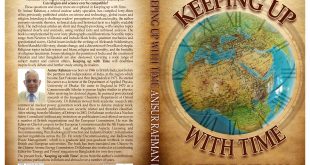 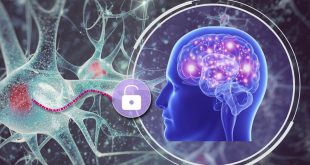