Peter Aspley, Michael Loney and Shafiul Islam presented an overview of insightful presentations of the HighTex Expo 2004 Montreal from nanotechnology to plasma technology.

Dawn Carrick chaired the 196th Board of Directors’ Meeting, held in BodyCote Ortech, Mississauga on 19 October 2004 in presence of ITS Board of Directors, Shafiul Islam, Jerry Bauerle, Peter Marsh, Peter Aspley and Erhardt Schumann. ITS BODs welcomed Dr Ayub Nabi Khan of PrimeAsia University, Dhaka, Bangladesh as a new member.

The Institute of Textile Science will be holding its 98th Scientific Session: ‘Specialized Textiles’ on Thursday, April 21st, 2005 in Ottawa. ITS Canada is inviting guest speakers for the forthcoming scientific sessions. This will be followed by the ITS Annual General Meeting and the 197th ITS Board of Directors’ Meeting. Hope to see you all on April 21st in Ottawa. 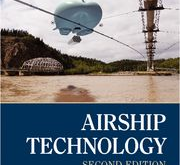