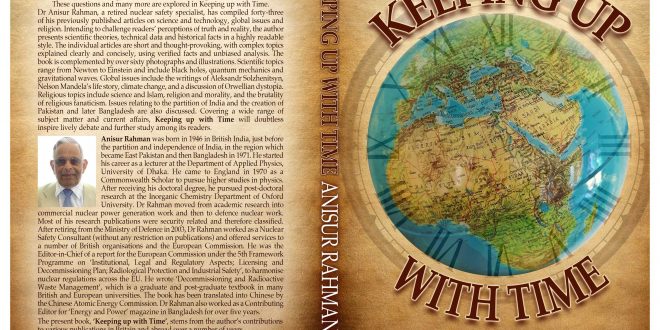 Cover page of Keeping up with Time by Anisur Rahman

“The thoughts of distinguished scientist Anisur Rahman on a variety of subjects including science, religion and politics.”

“Do black holes form links to other universes or are they the mothers of new Big Bangs? Is rising global population with higher and higher standards of living the implicit cause of environmental catastrophe? Can religion and science ever be compatible?
These questions and many more are explored in Keeping up with Time. Dr Anisur Rahman, a retired nuclear safety specialist, has compiled forty-three of his previously published articles on science and technology, global issues and religion. Intending to challenge readers’ perceptions of truth and reality, the author presents scientific theories, technical data and historical facts in a highly readable style. The individual articles are short and thought-provoking, with complex topics explained clearly and concisely, using verified facts and unbiased analysis. The book is complemented by over 60 photographs and illustrations.
Scientific topics range from Newton to Einstein and include black holes, quantum mechanics and gravitational waves.
Global issues include the writings of Aleksandr Solzhenitsyn, Nelson Mandela’s life story, climate change, and a discussion of Orwellian dystopia.
Religious topics include science and Islam, religion and morality, and the brutality of religious fanaticism.
Issues relating to the partition of India and Bengal and the creation of Pakistan and later Bangladesh are also discussed.
Covering a wide range of subject matter and current affairs, Keeping up with Time will doubtless inspire lively debate and further study among its readers.”

At the present time, we see that facts are quite often manipulated and even manufactured to suit the purposes of the presenter. The molestation of facts, which is generally called the ‘alternative truths’, alters the perception of events and makes readers deeply suspicious of the authenticity of events. So, there is a need to bring out unadulterated basic facts so that readers can whet their appetite with truth. This book, Keeping up with Time, is an attempt to keep the discerning readers abreast with modern day issues, bare facts, basic analyses and unbiased opinions. A wide variety of topical issues, articles, essays and blogs were published by the author in various newspapers in the UK, USA, Canada, India and Bangladesh. Each one of these topics deals with issues where only factual and verified information was used and, as far as possible, complex issues have been dissected, simplified and explained in a clear and succinct way for the readers. As the topics selected are articles and blogs, they are short, sharp and to the point and within the readers’ attention span of 1200 to 1600 words. The wide range of topics has been divided into three sections entitled ‘On Science and Technology’, ‘On Global Issues’, and ‘On Religion’. Each section has its own Glossary of Terms where difficult and unfamiliar terms and items have been explained, so that the topics in that section can be fully appreciated. In the ‘On Science and Technology’ section, a wide range of technical issues of interest such as the black hole, gravitational waves, dark matter and dark energy, everything from nothing, entropy and the arrow of time etc. are presented. The most up to date information and research results have been incorporated and presented in a clear and succinct way. In the ‘On Global Issues’ section, topics such as the inequality and inequity in capitalism, Solzhenitsyn’s views on communism, Tagore’s philosophical views, frailty in democracy, Orwellian viii dystopia, the illusion of reality, human population and many more are presented. As can be seen, some of the articles deal with historical events, while others look to the future. In the ‘On Religion’ section, topics such as science and Islam, religion and morality, religious excesses in Islam, Einstein’s views on religion, the brutality of religious fanatics etc., are covered. In this section, views and opinions have been expressed somewhat provocatively; some readers may find that somewhat abrasive. But that was the purpose – to shake out the age-old views to bring people out of their comfort zones. But scrupulous attempts have been made to use only verified information and views.”

“Anisur Rahman was born in 1947, in British India, just before the partition and independence of India, in the region which became East Pakistan and then Bangladesh in 1971. He started his career as a lecturer at the Department of Applied Physics, University of Dhaka. He came to England in 1970 as a Commonwealth Scholar to pursue higher studies in physics. After receiving his doctoral degree, he pursued post-doctoral research at the Inorganic Chemistry Department of Oxford University.Dr Rahman moved from academic research into commercial nuclear power generation work and then to defence nuclear work. Most of his research publications were security related and therefore classified.After retiring from the Ministry of Defence in 2003, Dr Rahman worked as a Nuclear Safety Consultant (without any restriction on publications) and offered services to a number of British organisations and the European Commission. He was the Editor-in-Chief of a report for the European Commission under the 5th Framework Programme on ‘Institutional, Legal and Regulatory Aspects; Licensing and Decommissioning Plan; Radiological Protection and Industrial Safety’, to harmonise nuclear regulations across the EU. He wrote ‘Decommissioning and Radioactive Waste Management’, which is a graduate and post-graduate textbook in many British and European universities. The book has been translated into Chinese by the Chinese Atomic Energy Commission. Dr Rahman also worked as a Contributing Editor for ‘Energy and Power’ magazine in Bangladesh for over five years.The present book, ‘Keeping up with Time’, stems from the author’s contributions to various publications in Britain and abroad over a number of years.”

“Dear Friends: The book ‘Keeping Up with Time’ has now been published and www.amazon.co.uk is now taking your orders for shipment from 20 September. For American, Canadian, Australian, Bangladeshi, Indian and other friends, amazon in respective countries will take orders by the end of this month for immediate delivery. The book contains a wealth of information and I am sure you would not like to miss it. Enjoy the book.”

biggani.org and Vision Creates Value (https://visioncreatesvalue.blogspot.com) are delighted to congratulate Dr Anisur Rahman for presenting our readers his farsighted insights in his wonderful book entitled ‘Keeping up with Time.’ 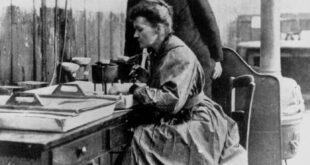 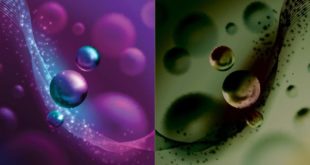